A Tribute to the Father of Modern Cheerleading 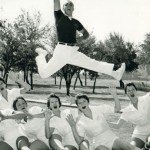 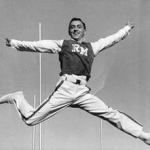 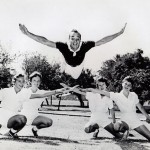 Herkimer was a pioneer and an innovator, an icon and a legend, a role model and a hero, and without him, cheerleading would not be the sport that we know and love today.

Herkie dedicated his life to cheerleading and that is why it is with deepest sadness to report that Lawrence Herkimer has passed. In order to honor such a pivotal figure in the cheer world, we have written a tribute, with the help of Billy Smith, as a celebration of Lawrence Herkimer’s life and legacy.

Lawrence Herkimer began his cheer legacy in 1948 when he founded the National Cheerleaders Association. As a former collegiate cheerleader, he believed that cheerleaders should have the opportunity to practice prior to the start of the academic year, thus leading to the debut of his first cheerleading camp at Sam Houston State University. That first year the camp boasted fifty three participants; by the following year, the enrollment had increased to three hundred and fifty. From that point forward, Herkie devoted himself to cheerleading; trading his teaching job for a career in cheer and subsequently changing the sport forever. Herkie’s list of successes is long and well deserved, with some of his most prominent being, and in addition to those previously stated, the founding of the first cheer uniform company, the Cheerleading Supply Company, the creation of the spirit stick and the rich tradition that came of it, and the invention of the iconic cheer accessory, pom pons. Herkie’s greatest success, however, was making cheerleading more than a sport, he made it a culture; something that currently unites millions of people with shared values, philosophies and traditions.

“Herkie was 53 years old when I was hired at the age of 20 to work for NCA. Now I am 56 and just amazed at how much he had accomplished as the pioneering founder of our cheer industry by this age. He and Dorothy, his beautiful wife, were visionaries who created an industry that thousands around the World now call their career. I was hired in 1980 and was lucky enough to have visited with him and Dorothy at their Preston home in Dallas. During that time of NCA, we were invited to a staff dinner during work week in their backyard. The hospitality and love that the Herkimer’s displayed to all of us was the foundation to our love of NCA and the philosophies of cheerleading that are still the foundation to all gyms.

To think about the their innovation of the Pom Pon, creating cheer uniform-catalogs and starting summer camps, that still teach thousands each summer, is amazing and inspiring.

Now, in 2015, as my husband and I renovate our newest home, the former Herkimer home (1958-72) that was also the NCA office and shipping center of uniforms (garage), I am humbled to be in this space which was the home of my hero and friend.  We have put a famous ‘spirit stick’ in the wall above the fireplace so the ‘Spirit of Herkie’ will forever be included with this home.”

We are forever appreciative and inspired by everything that Lawrence Herkie Herkimer has done for our sport. He was, and will continue to be, one of the most influential figures in the cheer world due to his enthusiasm, dedication and unwavering love for cheerleading.

Herkie gave cheerleading its heart, and for that, he will always be at the heart of cheerleading.

Rest in Peace, Herkie. We love you.