Leaving a Legacy: One Cheerleader’s Strength Inspires Many 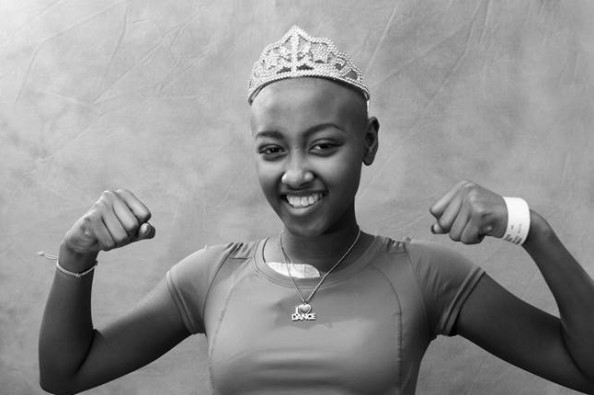 I recently stumbled upon an article about a remarkable young woman and I felt compelled to share. Her name is Alexandria Herndon, or Alexx, as she preferred to be called, and there are so many reasons to admire her. A beautiful girl with an infectious spirit, she is an inspiration to us all.

From what I have learned about Alexx, she was the epitome of what a cheerleader should be: spirited, ambitious, dedicated, charismatic, and courageous, to name a few. It is no wonder why Alexx became a crucial member of her cheerleading squad and a beacon of motivation for her school’s football team, the Gwynn Park High School Yellow Jackets. In one story that particularly caught my attention, Alexx managed to turn around the Yellow Jacket’s 0-4 football season in an extraordinary act of bravery. According to the story, after suffering another loss, the football team asked Alexx, who had lost all of her hair from chemotherapy, to remove her wig and expose her bald head before the start of their next football game.

The gesture was not only a sight of inspiration, but a symbol of strength, determination, and perseverance.

The act was surely sensational in and of itself, but what made it even more wondrous was that it worked: the team won the game 40-0. Even more unbelievable? It continued to work again and again, leading the team to a five game winning streak. Alexx even helped to motivate the players to turn around a two touchdown deficit against their rivals, resulting in a one point advantage at the end of the game. The coach and the players made it clear that without Alexx, they would not have had the season that they did; “we dedicated the entire season to her,” one of the boys explains (Harris).

It was during tryouts for the Gwynn Park High School cheerleading squad that Alexx suffered a knee injury that would eventually lead to the discovery of her having osteosarcoma, a type of bone cancer prevalent in children and teenagers. Alexx was in ninth grade at this time, and although she had to miss five months of school for chemotherapy and a surgery that replaced part of her knee and femur with a titanium rod, she made it back to school for the final quarter of her freshman year; cancerless and able to cheer. During this time, Alexx excelled as a cheerleader both at games and competitions. Unfortunately, in January of her sophomore year, Alexx found out that her cancer had returned and had spread to her lungs. This did not stop her though, she underwent treatment and returned a few days into her junior year. This time around she was unable to perform with her cheer team, but she still remained an active member by managing the squad and cheering on her fellow cheerleaders. Alexx also boasted impressive academic accomplishments, earning a well deserved spot on the honor roll. According to her family, Alexx lived each day to the fullest despite her worsening condition and maintained a positive attitude until the end. Alexx passed away on May 27, 2015.

In addition to her tremendous impact on her school’s football team, Alexx also had a monumental influence on her cheerleading squad; her optimistic attitude and unwavering spirit helped lead the team to three consecutive U.S. National Championship wins. Plus, she remained dedicated to her cheerleading squad even when her symptoms were painful and her body was weak from treatment. According to her teammates, Alex continued to exceed expectations and perform with her team until she physically could not cheer anymore. One teammate recalls, “she hit all of her stunts, even though she was in pain,” and another explains how Alexx never cried and never stopped fighting, instead she remained positive and always kept a brave face (Harris). Even after she could no longer perform with the team, Alexx remained committed to the team and participated in every way that she could.

Alexx was dedicated to every aspect of her life: her team, her fight, her studies, her dreams, and her desire to influence the lives of others. In many ways she is like a martyr: determined to inspire others, her life has become the ultimate inspiration. Alexx will certainly be missed, but herself and her legacy will never be forgotten. My condolences go out to the friends and family of this very special young woman. Rest in peace, Alexx.